With chamber of commerce weather all weekend, over 50 players were able to compete on one of Hilton Head Island’s premier courses. With perfect scoring conditions on Saturday and wind picking up on Sunday, players from over a half dozen countries had to battle to the finish.

Taking home the crown in the Boys 19 and Under Division was IJGA student-athlete Erik Fogel of Stockholm, Sweden. Playing in the final IJGT event of his junior career before playing golf for Sonoma State University, Fogel closed out his IJGT career in fashion. Coming out of the gate with consistency and determination, Fogel managed to fire a back nine, two-under par 34, giving him a one shot lead heading into the final round. Fogel ran away with the victory by firing another two-under par-70, winning his division by six shots.

Rounding out the Boys 19 & Under division punching their tickets to the Faldo Series US Grand Final were IJGA and Bishops Gate Golf Academy (IJGA Bishops Gate) student Kotaro Murata and IJGA student Steven Strasheim. Both students put up spectacular showings that helped them secure a top 2 finish for the division one commits. Murata will be attending the University of Hawaii and Strasheim with be a Aggie at New Mexico State University in the fall.

Finishing in second place, IJGA student Patrick Sun and IJGA Bishops Gate student Chad Kemmerer battled it out all day before finishing tied for the final spots for the Faldo U.S. Grand Final.

Coming away victorious in the Girls Division was IJGA student Vasundhara Thiara. Hailing from the sub-continent India, Thiara bested the field in dominant fashion. After firing an even par 72 on Saturday, the IJGA student managed the fire an incredible one under 71, finishing the tournament with a remarkable two day total of 143. 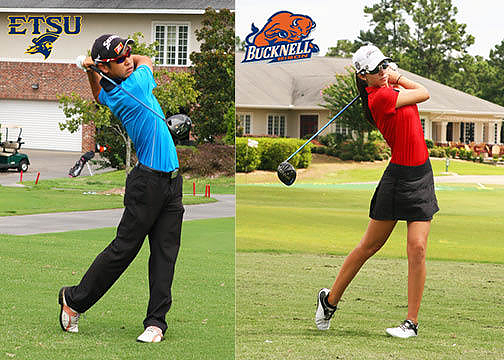 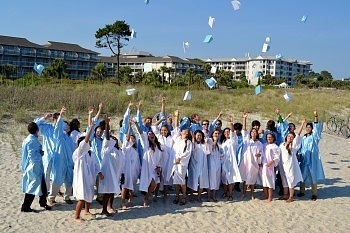