Low final round translates to a victory for Ozaki

KISSIMMEE, Fla. – The IJGT traveled south to host The Orlando Junior at Falcon’s Fire Golf Club on May 10-11, 2014. The final event of the regular Southeast Tour schedule featured a field of 61 juniors ranging in age from 11-19 years old for the two-day, 36-hole event. Winners of the event were awarded IJGT Merit Points and also competed for national rankings and an invite to the IJGT’s Bridgestone Golf Tournament of Champions to be played at Grand Cypress Resort on May 24-26, 2014.

The Boys 15-19 Division was won by Shota Ozaki of Tokyo, Japan. Finishing with scores of 74-70 – 144, Ozaki came from behind after round one to secure the win. His first since 2013, Ozaki’s victory was highlighted by an impressive streak of par or better on 13 holes and four tournament birdies. Trailing Brock Erwin of Muldrow, Okla., by one stroke after round one, Ozaki carded the lowest final round of the tournament to move into first by three strokes. His 2-under-par 70 in the final round earned him the Clazic Belts Low Final Round Award, the award offered to the player who shoots the lowest score during the final round.

When asked about what worked well for him, Ozaki stated, “My drivers worked well, I was able to hit a lot of fairways.”

Luis Sanchez of Tampico, Mexico, led the Boys 14 & Under Division both days en route to his first IJGT victory. After round one, Sanchez found himself 10 strokes ahead of his competition with a score of 3-over-par 75. Despite struggling initially, he added 10 pars in round two to keep him in front for the win. His first round included two birdies coming on holes four and 17. Sanchez finished 12 strokes ahead of the competition.

Finishing in second was Thomas Delaney of Kingwood, Texas, with scores of 86-82 – 168 while Jackson Skeen of Johnson City, Tenn., rounded out the top three with an overall score of 171.

“I would say number four [was my favorite] because it was a short par-5 and I was able to get there in two and birdied it,” said Sanchez about his favorite hole of the course.

For the second consecutive year, Kelly Whaley of Farmington, Conn., nabbed first at Falcon’s Fire. Scoring similarly to her first win at Falcon’s Fire in May of 2013, Whaley finished with scores of 72-71 – 143. Five birdies and an eagle on the par-5 fourth hole aided in Whaley’s run for the title. Whaley held off second-place finisher, Cake Phuchanbanchob of Chiang Mai, Thailand, with the help of her 1-under-par second-round score of 71. Her second-round score earned her the Clazic Belts Low Final Round Award.

Phuchanbanchob finished second with scores of 75-74 – 149. Rounding out the Girls Division was Sera Tadokoro of Osaka, Japan, tallying scores of 76-75 – 151.

“I feel more accomplished because I’m two-time, I feel like I’ve really mastered this course now,” said Whaley about her second consecutive win at Falcon’s Fire. 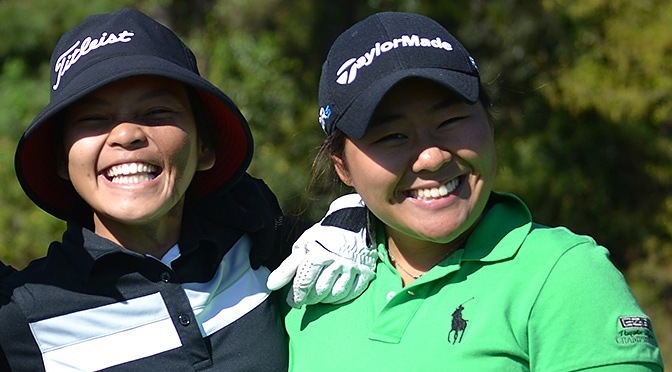 July 15, 2014
International Junior Golf Academy
Student Results
The North & South Junior is one of the most prestigious tournaments in the southeastern United States featuring 90 players in both the Boys and Girls Divisions. Held at Pinehurst in Pinehurst,…
Read More 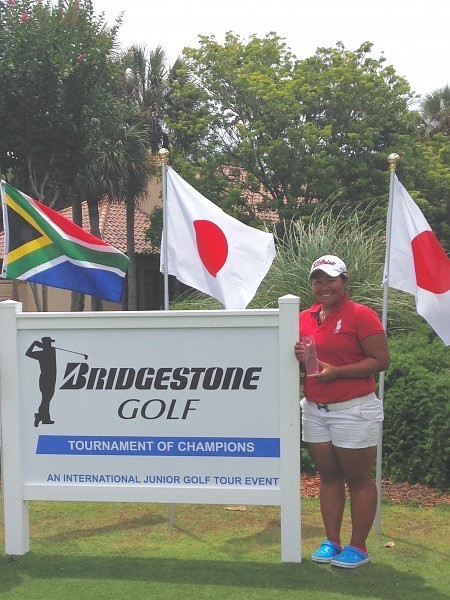 May 26, 2015
International Junior Golf Academy
Student Results
Competing against some of the world’s most competitive junior golfers, many IJGA students from all corners of the globe teed off on the illustrious Grand Cypress Golf Course’s North-East and New…
Read More

September 25, 2015
International Junior Golf Academy
Alumni News, Student Results
After last weekend’s combination of victories and personal bests, we are so excited to see what this weekend has in store for IJGA students and alumni! Keep reading to find…
Read More
Menu